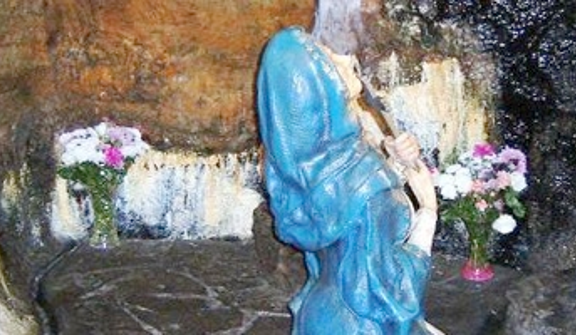 We are currently closed until further notice and will update you when we have more information, thanks for your patience.

Queen Margaret came to the cave to pray over 900 years ago. Then there was only a wooded path by a stream at the bottom of the valley with a short climb up to the small cave. Now there’s a tunnel with 87 steps leading deep underground for you to explore along with a small shop. St Margaret’s Cave is at the back of the Chalmers Street car park

Who was St Margaret?

Margaret was a Saxon princess, granddaughter of King Edmund Ironside of England, born around 1047 in Hungary where her exiled father had settled.

She became Queen of Scotland when she married King Malcolm Canmore in Dunfermline around 1070.  Three of her eight children became Kings of Scotland: Edgar, Alexander and David. In 1093, after a deeply religious and charitable life, Margaret died on 16th November – her saint’s day is still celebrated on this date. She was made a Saint by Pope Innocent the Fourth in honour of her life and the miracles associated with her after her death.

This special place has an atmosphere all of its own.  When you descend into the earth, with the haunting sound of monks singing, you can feel the weight of centuries of Dunfermline’s history.

The cave is open from April to September although group visits can be arranged. Please get in touch for further information.