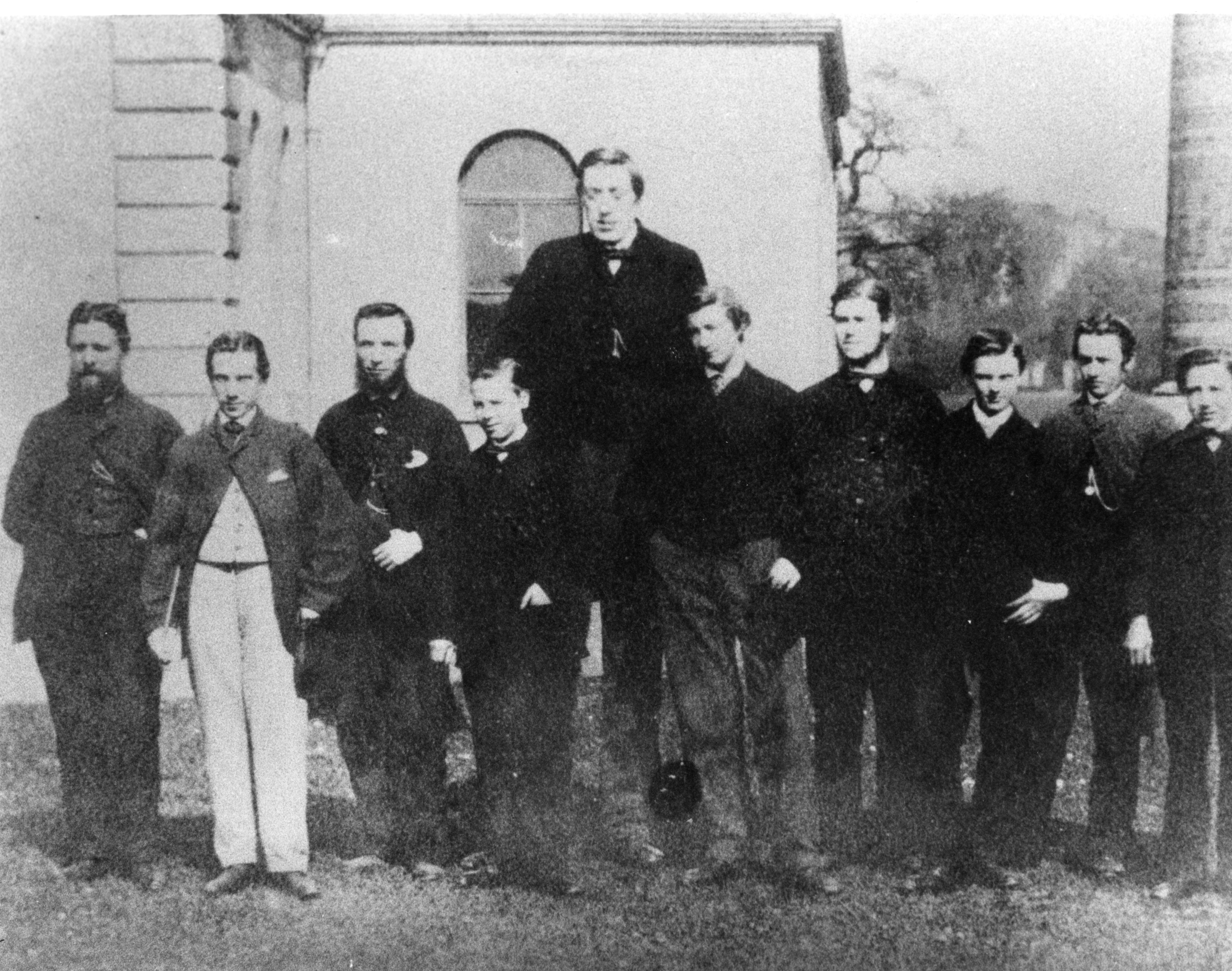 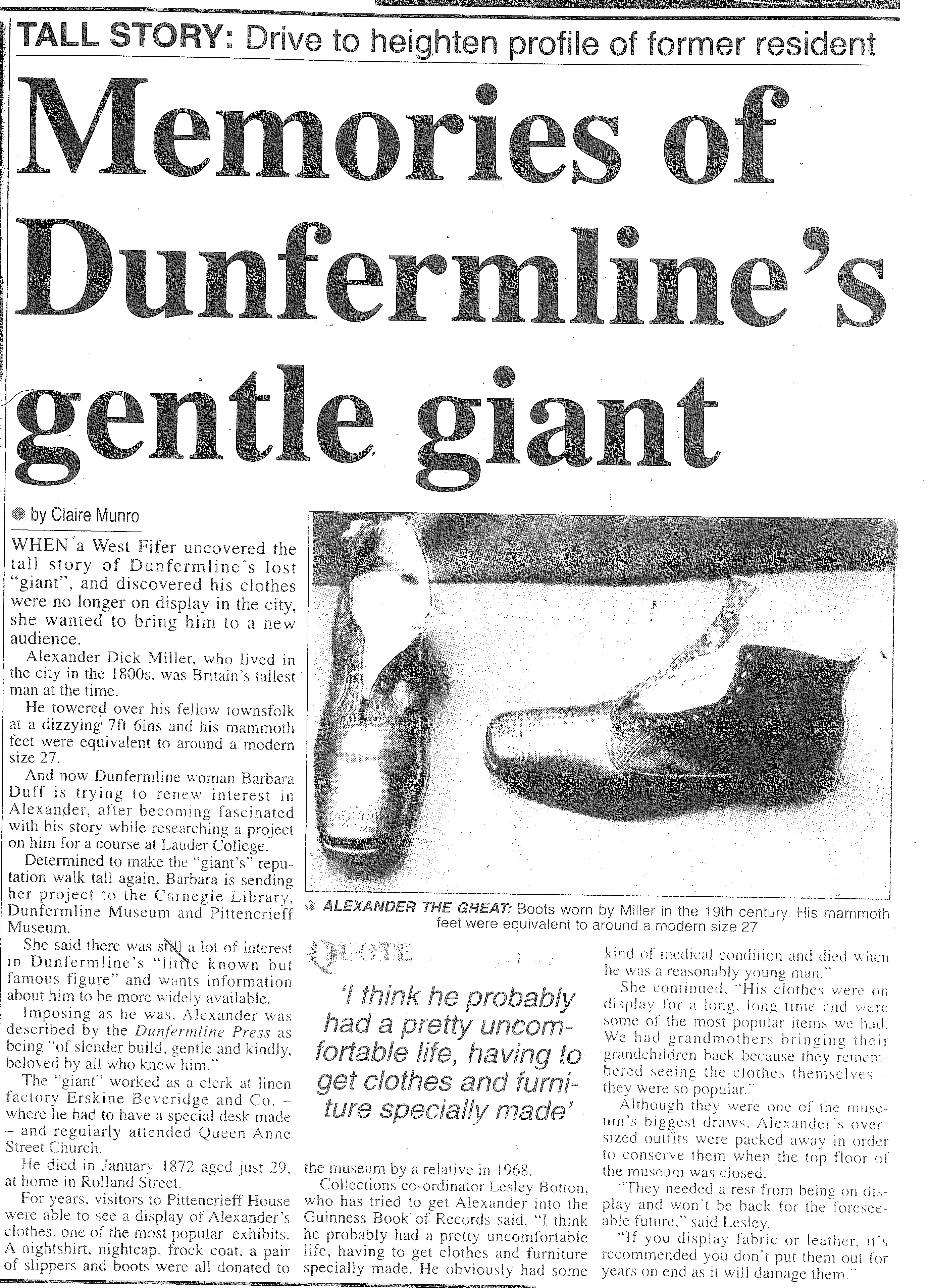 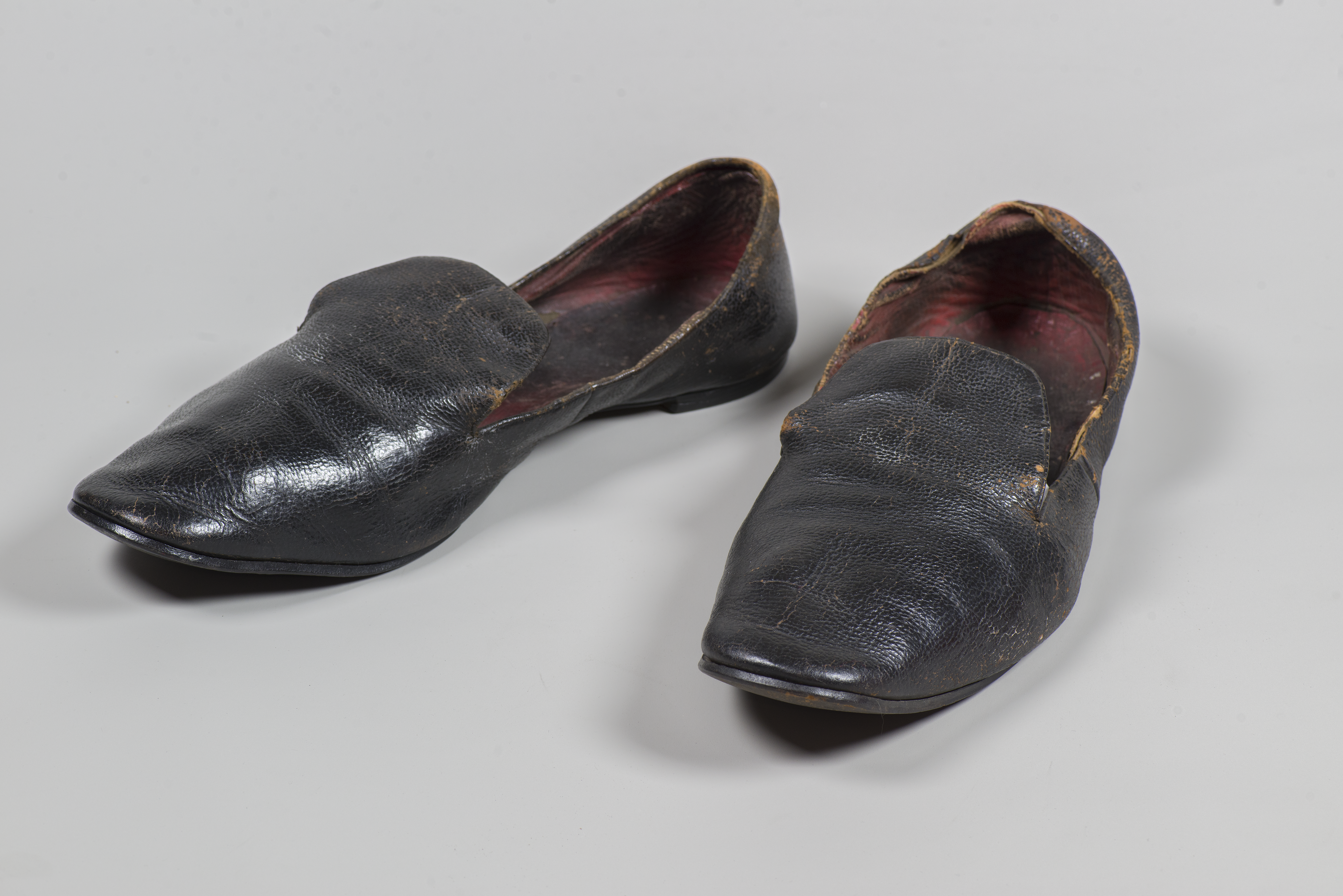 Alexander Dick Miller was known as 'The Dunfermline Giant' because he was 7 ft 6 inches tall. It has been suggested that he was presented to Queen Victoria as he was the tallest man in Britain at that time.

Unfortunately, Alexander died in his home in Rolland Street, Dunfermline on 9th January 1872 at the age of just 29 years old. Locals have long been fascinated by the story of Dunfermline’s ‘giant’ and have enjoyed the opportunity in the past to see a selection of his clothing at Pittencrieff House Museum.

Look at the size of Alexander’s slippers compared to the other shoes in the display case: They are a size 27!  Alexander worked in the offices of a Dunfermline weaving company and probably stood up all day.  It must have been quite a relief for him to slip on his slippers and sit down when he got home at the end of the day.