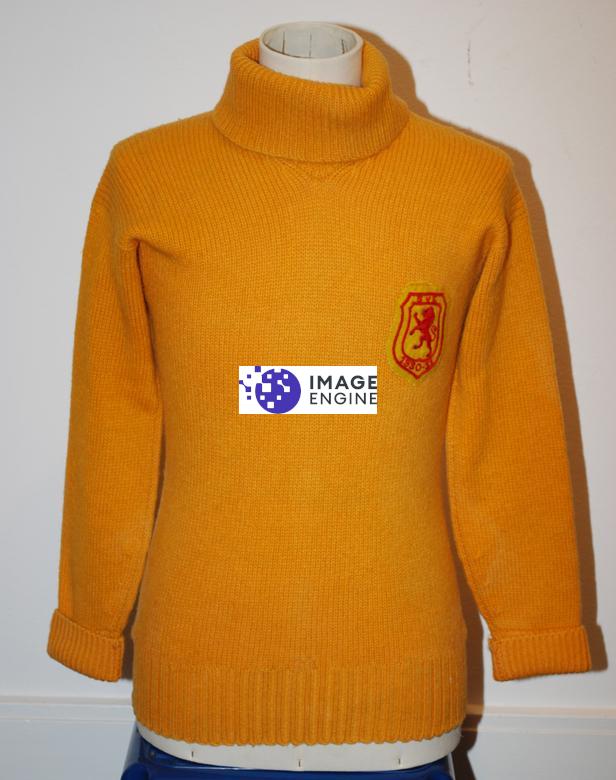 John Thomson was born in Kirkcaldy in 1909 and grew up in Cardenden. He became one Celtic’s greatest goalkeepers. He wore this jumper when Scotland beat England 2-0 at Hampden in 1931. Later that year John Thomson was tragically killed by accident when trying to stop a goal in an Old Firm match. An estimated 30,000 people attended his funeral at Bowhill Cemetery and his grave remains a place of pilgrimage for Celtic fans. You can see his jumper and some of John Thomson’s medals in Kirkcaldy Galleries.