You are here: HomeAdam and Eve Entertaining the Angel Raphael

Peeking Behind Paintings: Adam and Eve Entertaining the Angel Raphael by John Martin

Adam and Eve Entertaining the Angel Raphael is one of the most dramatic, unusual (and largest!) paintings in the collection of the Kirkcaldy Museum & Art Gallery. It was painted in 1823 by the Northumberland-born Romantic artist John Martin (1789 -1854). Martin was a painter and engraver who specialised in melodramatic battle and biblical scenes. 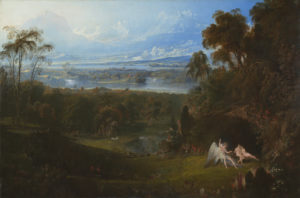 This work depicts a scene from John Milton’s epic poem Paradise Lost. In the Garden of Eden, Adam and Eve meet the Angel Raphael and the angel warns them not to disobey God’s commands and that Satan is plotting to bring about the fall. 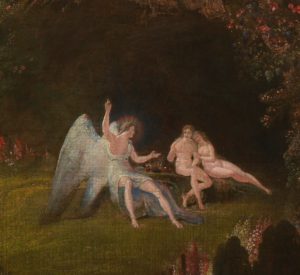 Detail: Raphael pointing to the sky.

Adam and Eve are entertaining the winged messenger in a cool arbour, sheltering from the midday sun. Raphael is depicted pointing to Heaven in response to Adam’s request to further knowledge about the Creation.

His vision of the Garden of Eden that you see here is more serene than many of his paintings, but like them, it is on a grand scale. It is a view of contrasts. The gigantic, rocky mountains bathed in sunlight loom above the lush, darker landscape of exotic trees and foliage. Pictured in their traditional pairs are deer, tigers, swans, giraffes and elephants. 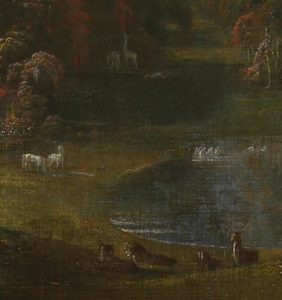 Detail: some of the animals visible in the painting.

John Martin was one of the most popular artists of the nineteenth century, although his popularity later waned. In 2011, Tate Britain and the Laing Art Gallery in Newcastle staged a touring exhibition of his works which helped restore his reputation. The Kirkcaldy’ Martin featured in this show. A review in The Times described Martin as ‘the painter with the power to stop even a bored teenager in his gallery-traipsing tracks’.

The work was donated by The Art Fund to Kirkcaldy Museum & Art Gallery in 1927, just two year’s after the gallery first opened.

This blog article was written by museum volunteers in 2012. 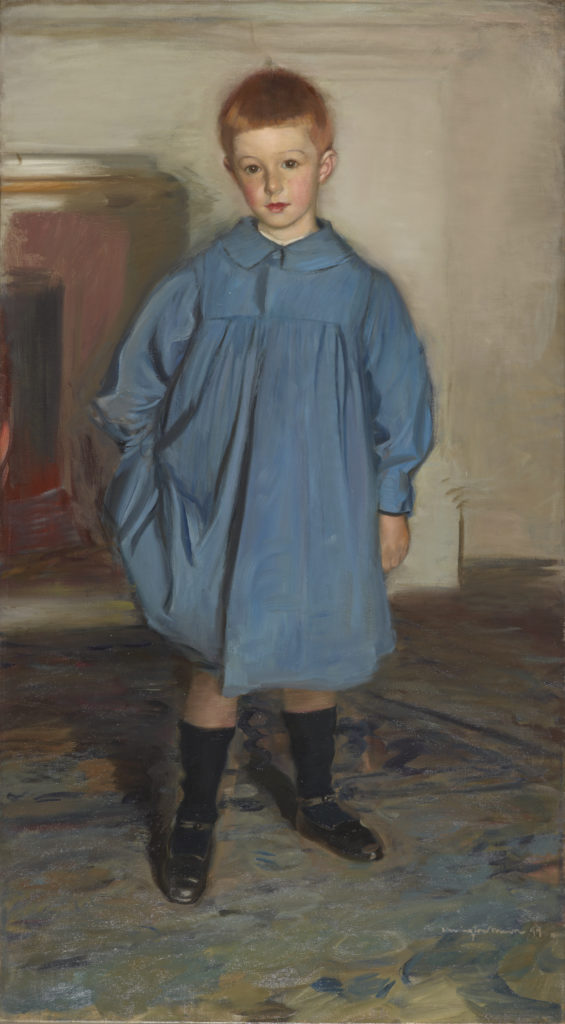 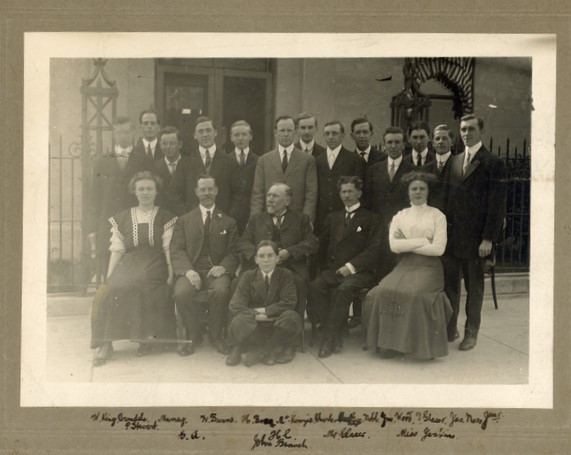 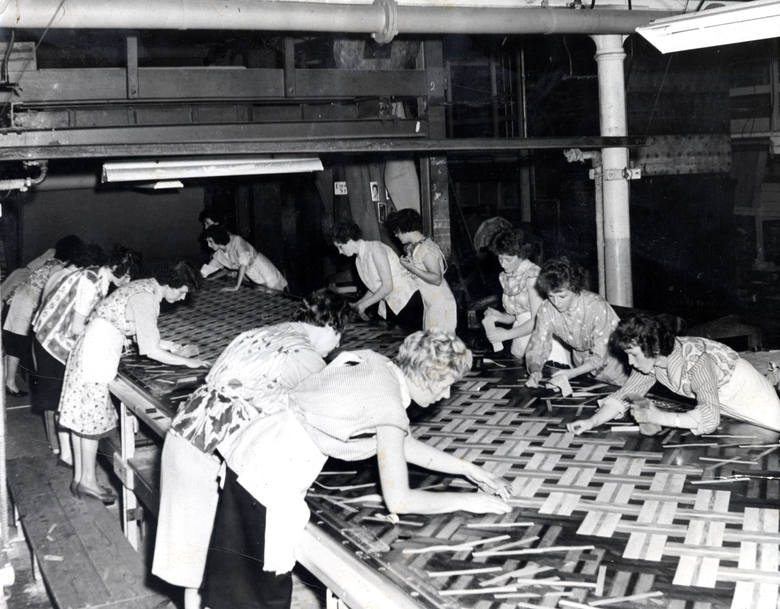